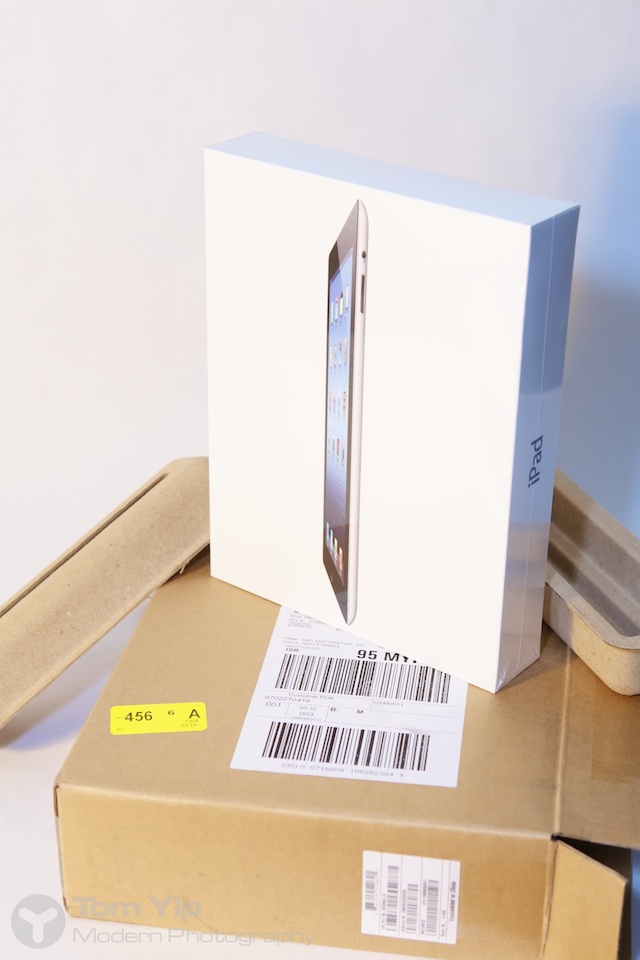 iPad, therefore I am. Hopefully my existence isn’t based on the accrual of gadgets, but if it is, then getting the new iPad should help the philosophical argument.

My new iPad arrived today — on time, delivered to my doorstep via online pre-ordering. I pre-ordered Apple’s third-generation tablet goodness the day it was announced on March 7, and I’ve been tracking the FedEx shipment over the last week. I was somewhat agonized by its status description as being located at a FedEx facility only a couple of hours away from my house since March 11. Its details were “Future delivery requested” for March 16, so it was sitting idly in a warehouse for almost a week, awaiting the rendezvous with my gesture-flinging mitts. Apple sure knows how to make people wait. I’m glad I ordered the device when I did though, because now it’s on backorder for 2-3 weeks online. Alternatively, you could have joined the frenzy at an Apple store or other dealers today to try to get the product in person. Maybe you could have bumped into Steve Wozniak while he was waiting for his.

The iPad boasts some impressive specs to cast competition on other tablets. My modest model came in black, wired with 16GB of brain matter, and fitted with Wi-Fi + 4G LTE so I can have another method of missing emails and messages.  Its most touted feature is the new eye-popping 2048 x 1536 Retina display — a whopping 3.1 million pixels, each one ready to burn your eyes out.  That’s 1 million more pixels than your high-definition TV. With that spec, Apple cements its place as the leader in the foray of current tablets as far as displays are concerned.

What will I do with the iPad, you ask? First I’ll be putting the Safari browser to good use by immediately navigating to TomYipPhoto.com to see how my site looks on the new Retina display…

For more about my photography, please visit TomYipPhoto.com.